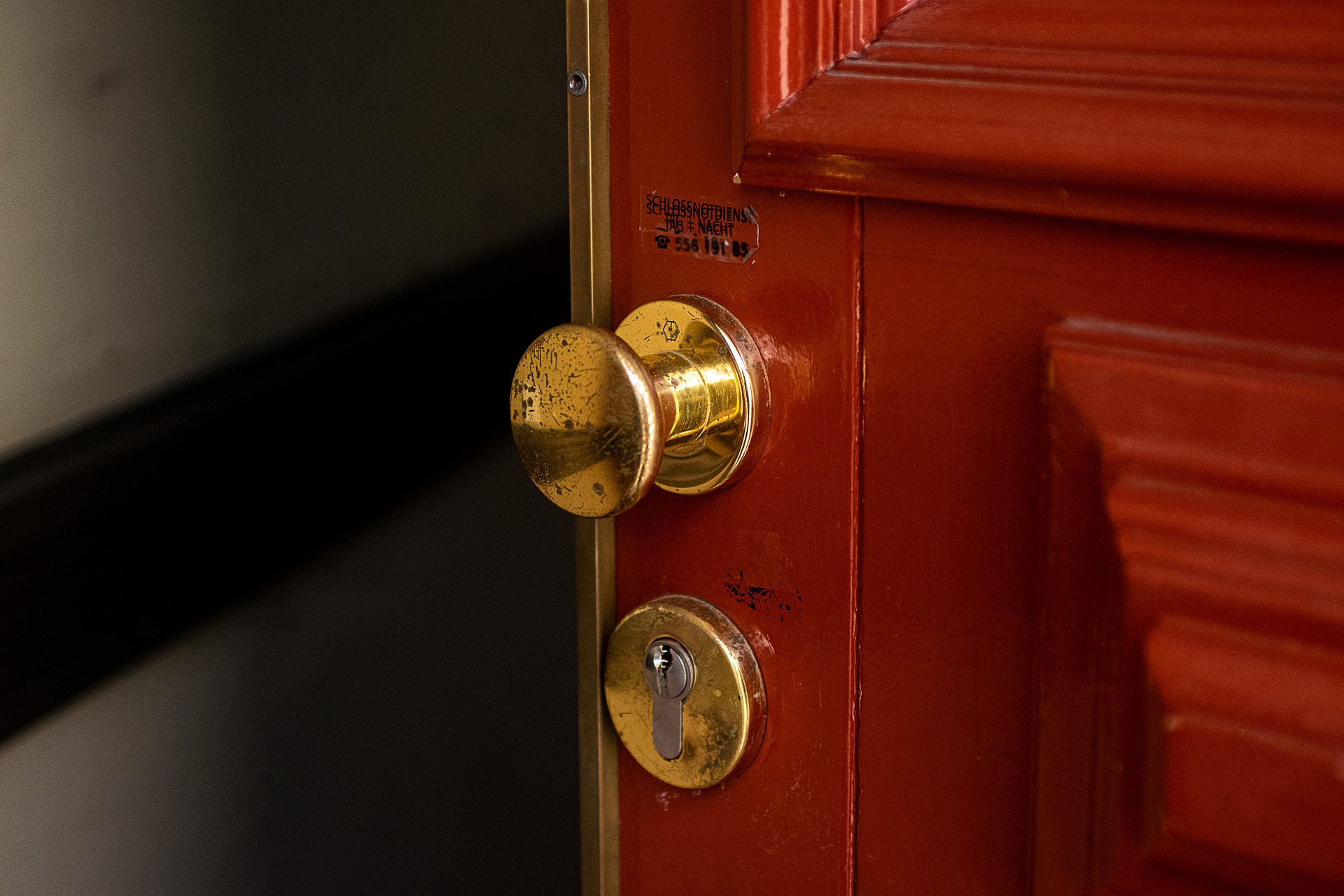 In theory, there’s no reason for a door to move in its frame, and as long as the door was put in properly, it should always latch without a problem – right?

Sadly, it’s often not the case; doors tend to shift as houses move with temperature and weather changes, and the latches can also wear down over the years.

A door that won’t latch can be very irritating. They tend to bang in the wind, and you may find that there are times when you want it to latch to keep pets or small children contained – which means it’s really annoying if the latch doesn’t work.

So today, we’re going to look at how to fix a door that won’t latch (5 amazing secrets) so you can repair the doors in your household and make it easier to seal off rooms again.

Step One: Find Out What’s Wrong

You can’t fix the door latch until you’ve worked out why it isn’t latching properly, and there are a number of reasons for the latch not engaging when the door is closed. Some common ones are:

We’re going to look at how to deal with each of these problems. In general, similar techniques will apply – you may need to work on one part of the door or another. But essentially, you need to marry up the two parts so that they engage properly.

Shut the door and look at what’s going wrong. If you peer into the edge by the latch, you may be able to see if the latch is too high up or too low down.

If you can’t see where it is, you may want to put something on the edge of the door’s latch to show you where it is shutting. You can use anything that will leave a mark – the first great secret is to smear a bit of lipstick on there.

This will show you where the latch rests when shut, but it should be easy to remove afterward. If you don’t have lipstick, crayon will also work, and so will poster paint, but make sure you clean this off as soon as possible. You may also find that chalk is effective if you are low on options.

If you discover that the latch is too low or too high to engage with the plate, it’s easier to move the plate than the door. The plate sits in a groove hollowed into the door frame, so you will need to use a hammer and chisel to gently remove a bit of wood, allowing you to move the plate up or down.

You should start by removing the plate, and then using it to measure and mark a new area in the correct position. Next, gently chisel away at the wood until you have a groove for the plate to sit in. Drill new holes, put the plate in place, and check that it has fixed the problem.

Once you are satisfied, fill and paint the previous area that the plate sat in to make the door look neat and tidy.

A second secret trick to minimize the amount of work needed here involves not taking the plate off the door at all. This will only work if the door and striker plate are almost aligned and just need a little tweak. You should put the tip of the chisel just inside the hole for the latch, and then give it a few taps with the hammer.

This will push the plate down a short distance, which may be all you need to make the latch fit into the gap and engage. If the plate is close, this could save you time. It may also work in the opposite direction, but remember that gravity might slowly pull the plate back to its original position, and the door will stop latching again.

You should also check your door’s hinges. The important thing here is to look at whether the part of the hinge screwed to the wall is sitting flush, or whether it has pulled away slightly. You can also use a spirit level to see if the top of the door is level, or if it is sagging at all.

If you think the door is sagging, tighten up the screws a bit, and check again. If you are still unsure, you can change the screws for longer ones, which should give the door a better hold on the frame.

As a fourth clever trick, if you notice your door is way out of line with the frame, don’t panic – there is a fix. All you need to do is use a technique called shimming to solve the problem easily and cheaply.

You can just put a spacer of any sort between the door frame and either the top or bottom hinge. If your door is tilted too far up, putting a spacer at the top may help; if the door seems to hang too low, add a spacer at the bottom.

A spacer could be a thin piece of wood or even a piece of cardboard; it’s just there to alter the shape of the door frame slightly so that the door hangs straight and can engage with the striker plate properly. One of the great things about cardboard (or cards) is you can add several layers to change the way the door hangs if necessary.

All the adjustment in the world won’t solve the problem if the striker plate is not the right size for the latch. This can be tricky to check, but the paint technique should help you judge. Alternatively, use a steel rule to check the size of both the latch and the hole it should sit in.

If the hole doesn’t work for the latch, you may need to buy a new striker plate – or you could try secret number five, which involves a file and a little bit of work.

File, Check, And Save Money

Unscrew the striker plate from the door and get it situated in a clamp. Next, grab a small file and slowly file down the hole until it is big enough to accommodate the latch. Once you think you have filed enough, check it against the latch on the door before you screw it back into place.

The latch should fit into the hole snugly, without catching. Check the striker plate doesn’t need moving up or down, and then screw it back into place.

Filing the plate instead of buying a new one can save you money and is also less wasteful, so if you’re aiming to be environmentally-friendly, this is a great option. It can also be a lot easier than trying to move the striker plate up or down, which is a frustrating process if the alignment is almost correct.

If your door frame seems too big for the door, this is a great trick to avoid having to buy a whole new door. It will only work if the alignment is close, however. Instead of trying to change the frame or the door, you simply need to make the striker plate stick out further.

You can do this with the same shimming technique suggested for the hinges; just put cardboard or thin wood behind the plate and screw it into place. It should stand out a little more from the frame and accept the latch when the door closes.

Doors that don’t latch can be very annoying, especially if they pick up breezes in the house and tend to bang or clatter during the night. If your door doesn’t latch, you can’t shut it when you want privacy or you need to contain pets.

Fortunately, most of the latch fixes are straightforward, and you’ve hopefully picked up plenty of information from this article. Time to fix all those annoying doors that refuse to latch!

As a long-time homeowner, Dean has been working on his own home projects for over 30 years. He is a licensed real estate agent in the state of Minnesota, helping clients with the buying and selling of their homes.

Are you looking for easy ways to fix a screw hole that is too big? We have been there many times ourselves so we are going over 9 simple ways to fix screw holes that are too large. Have you ever...